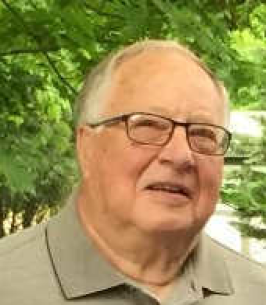 He was born March 6, 1938, in Two Rivers, WI the son of the late George and Marie Strohm. He attended Washington High School and graduated in 1956. After graduation, he enlisted with the U.S. Marine Corp and was stationed at Twentynine Palms, CA and was honorably discharged. He married Sharon Wetmore on June 17, 1961. Rodney was employed as a machine operator at JI Case for 23 years, and retired in 1992. He was an avid Packer fan and enjoyed many years attending games as a season ticket holder. He also enjoyed wood working, bowling, hunting, traveling, cross word puzzles and teasing anyone he could, especially his grandkids.

Survivors include his wife, Sharon; children, James (Rose) Strohm of Kenosha, Julie (Kellen) Chicoine of Reedsburg and Daniel (Natalie) Strohm of Kenosha; grandchildren, David, Amanda (Mike) Muir, Claire and Andrew. He is further survived by his brothers Roger (Carole), George (Lynn) and Donald (Joni), and many nieces and nephews.

Rodney was preceded in death by his parents and his brother, Ralph.

The family wishes to thank the staff at Froedtert Kenosha Hospital for the exceptional care and compassion they had for both Rodney and his family during this difficult time.

Entombment will take place at All Saints Mausoleum at 10:00 a.m. on Friday, October 15, 2021. Masks are required for attendance. In lieu of flowers, memorials to Semper Fi & America’s Fund would be appreciated by the family.