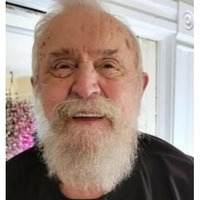 Robert Schuster, 84, of Kenosha .Left this world and went home with the Lord on October 27, 2021, at Home surrounded with his family.

Robert was born on August 24, 1937, in Racine, the son of the late Wilbur and Hulda Rose (Small) Schuster. He was educated in the schools of Kenosha. Robert married Barbara Henry on September 28, 1960, in Zion, IL. He was employed at JI Case Corporation doing forging for many years. His hobbies included cheering for the Green Bay Packers, coin collecting, telling stories, spending time with his animals , but most of all he loved spending time with his family and friends.He will be greatly missed by all who new and loved him.

Robert was preceded in death by his wife, Barbara; son, Andrew in infancy; and his son-in-law, Darrel Laforgey,and numerous brother and sister inlaws,and friends

A celebration of life will be Sat.July 2nd,2022 along with Darrel Laforgey, at petrified springs .Burial for Bob and Barb will be Friday  July 1st 2022  10:00 Am.at Sunset Ridge.