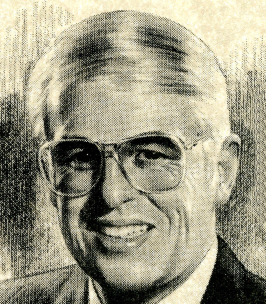 He was born May 3, 1931, the son of the late Matthew and Violet (Fonk) Loewen. Bob was educated at St. Thomas Grade School and Bradford High School, Kenosha, WI. He proudly served in the U.S. Army beginning in January of 1952; he served seventeen months in Korea and was honorably discharged in January of 1954. Upon return from the service, Bob worked for American Motors Corp for two years before joining the Kenosha Police Department in March of 1956. He spent 31 years on the force and received various medals and commendations for his service. He moved up in rank and was Lieutenant of Detectives when he retired in 1987.

On September 29, 1956, he married Kathryn A. Loef at St. James Catholic Church, Kenosha, WI. Bob and Kay enjoyed many happy years together with trips to northern Wisconsin for fishing and hunting, casino gambling, going to plays, and sharing dinners with treasured friends.

Bob will be greatly missed by Kay, his sweetheart and best friend. He is also survived by family, including his brother, Donald (Emily) Loewen and sisters, Joan Sweeney and Dolores (Dale) Flake as well as a sister-in-law, Suzanne Loewen and special nieces and nephews.

In addition to his parents, Bob was preceded in death by a brother, Richard Loewen, a sister, Mary Jane Blank; and mother and father-in-law, Eleanor and Edward Loef.

Bob’s family would like to extend their gratitude to Dr. Bloom and staff for their care and compassion.