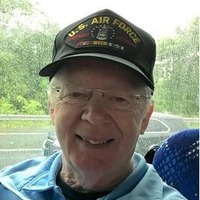 Robert Callan, 72, of Kenosha passed away on Sunday September 12, 2021, at the Veteran’s Home in Union Grove, surrounded by his loving family.

Robert was born on May 5, 1949, in Kenosha, the son of the late Frank & Lola (Rittmer) Callan.  He attended Kenosha schools and graduated from Bradford High school. Robert proudly served his country as a member of the U.S. Air Force from 1967-1971 as a B-52 and B-58 crew chief.  He married Ruth (Mink) on December 4, 1971, in Kenosha. Robert graduated from Carthage College in 1979. He was employed as a purchasing manager at LC Thompson for many years.  He was a member of Wesley United Methodist Church.  His hobbies included painting military miniatures, bike riding, reading, and spending time with his family & friends.

The family would like to thank the staff of the Veteran’s Home in Union Grove and Hospice Aurora at Home for caring for and loving Robert in the final months of his life.

In lieu of flowers donations can be given to the family for Stars and Stripes Honor Flight, Inc.