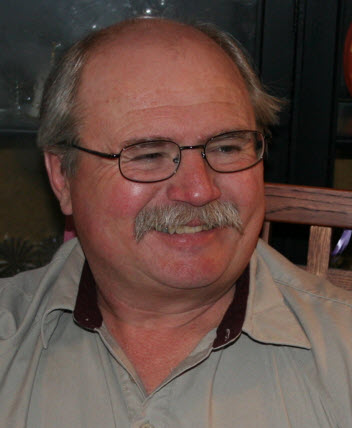 A man with a soft heart within his gruff exterior inspired two generations of kids to call “Uncle Bob” their favorite. To his grandchildren, he was “Poppie,” always happy to pilot them around Green Lake on his pontoon in search of turtles and fish. The former Marine even let his granddaughters paint his fingernails.

Born in Vernon county, the oldest of five, Robert E Johnson moved with his family to Beloit before settling in Kenosha. His sisters considered him their rock and protector, a role he continued as an adult. He attended Kenosha schools from the elementary years on, and graduated from Tremper High School in 1967.

In 1968, Bob volunteered to serve his country, enlisting in the Marines with two friends, including his future brother-in-law. After serving in Vietnam as a radio operator, Bob was awarded the bronze star for heroic action in heavy combat.

On May 30, 1970, Bob married his high school sweetheart, Janice Kirby. To Janice and their children, he was both a hardworking provider and a caring husband and dad. After working at Dynamatic, Bob apprenticed to Ole Jensen and became a journeyman plumber. Never shying away from a hard day’s work, Bob took on odd-jobs and explored business opportunities to exchange his sweat and know-how for a more prosperous life for his family. Between jobs, Bob changed diapers, served meals, drove kids around and fixed the leaky sinks of family and friends.

Bob and Janice served as foster parents, adopting two children with disabilities. Alongside Janice, Bob cared for these sons with patience and tenderness into their adulthood, taking the youngest along on jobs or the occasional casino outing.

Family meant everything to Bob, and he never turned down a request for help. He drew no lines between biological relatives, step-family or in-laws, spending hours nursing those in their times of need through illnesses and the end of life. In his final years, he cared lovingly for Janice, who, facing her own illness, felt secure with Bob at her side. When diagnosed with the metastatic cancer that took his life, Bob’s first concern was Janice’s care.

After the war, Bob rarely spoke of his service. In civilian life, too, Bob was never one to draw attention to himself, stoic and practical, he forged ahead with whatever needed doing. Although he did not waste words, Bob still managed to make everyone laugh when he wanted to, sometimes with a mere look.

Bob spent free time hunting and fishing, often with his wife, kids or grandkids in tow. At home, he loved to read. If he was sitting down, there was a book in his hands. Bob was an avid Packers fan, watching every game with excited intensity.  He also looked forward to Friday card games at the Danish Brotherhood, enjoying the camaraderie alongside a rum and Coke with a twist of lime.

He was preceded in death by his parents, Olene C. and Walter Henning, sister-in-law Pamela Haugen, brother-in-law Robert Olson and his granddaughter Katie Kreger.

Please join the family at a celebration of life at Kenosha Brewing Company, January 26th at 3pm, where we will eat, drink and share memories of this beloved man.