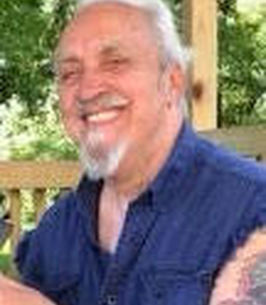 Bob was born September 16, 1949, in Corning, NY the son of the late Merle and Caroline (Ralph) Crane, Sr. Bob’s family relocated to Kenosha, WI when he was two years old, and he remained a lifelong resident. On July 29, 1978, he married Tamara Hernandez in Kenosha, WI.

Bob retired in 2021. He was a member of the International Society of Poets and an accomplished author of two published books. Bob was a talented leather and woodworker and enjoyed making ammunition. He had a good sense of humor and was known as a great philosopher and storyteller. He loved listening to Classical music, and above all, Bob cherished time he spent with his family.

In addition to his parents, Bob was preceded in death by brothers, Merle Crane, Jr. and Charles Crane, Sr.

A celebration of Bob’s life will be held privately. In lieu of flowers, those desiring may make contributions to a family memorial.