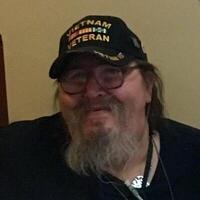 Robert Berghoff, 74, of Madison, WI passed away on October 22, 2021, at The Bay at Sheridan Health and Rehabilitation Center.

Robert was born on January 13, 1947, in Newburgh, NY, the son of the late Charles and Mary Margaret (Lucasick) Berghoff. He was educated in the schools of Boulder, CO. Robert married Krystal Kuhn on December 31, 1990, in MN. He was a member of the U.S. Army and worked for the State of Wisconsin in the food service industry. His hobbies included cheering for the Denver Broncos, artwork, and spending time with his friends and family.