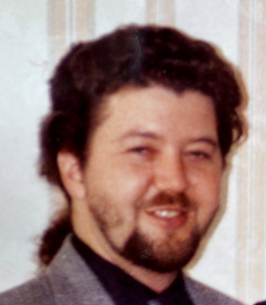 Born in Zion, IL, on January 8, 1957, he was the son of the late Cletus and Florence (Hugo) Coshenet. Rick was raised in Winthrop Harbor, IL, until the family moved in 1964, to the Killdeer Farm in Pleasant Prairie, WI. While growing up, Rick enjoyed summer fishing the farm’s pond as well as ice skating on it in the winter. He loved to ride his horse, Flame, all over Pleasant Prairie. Over the years, he owned several dogs, but his favorite was Tuppins, a Rottweiler.

Rick was employed by his brother at D C Design Inc. as a master tool grinder for 29 years. He most recently, was employed with Bridan Mfg. Inc.

In later years, Rick enjoyed riding his motorcycle with his brother and friends. On most weekends during the summer you could find Rick on his Harley Davidson taking a long ride on a sunny day.

He was preceded in death by his parents, and his sister, Shirley Moore.