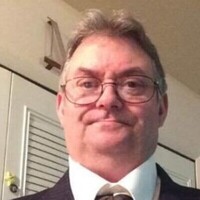 Richard Shoemaker, 64, of Kenosha passed away unexpectedly on Monday, October 11, 2021, at his home.

Richard was born on August 3, 1957, in Oak Park, IL, the son of the late Donald & Dawn (Fay) Shoemaker.  He was educated in the schools of Kenosha, graduating from Tremper H.S.  Richard was employed as a warehouse manager at Honeywell for many years.   He was a member of the Crossroads Apostolic Church of Sturtevant.  His hobbies included a love of music, playing the guitar, drums, & tambourine, singing, traveling, spending time at the family cabin up north, and most enjoyed spending time with his family & friends.

Survivors include his long-time companion, Jamie Porras of Kenosha; brothers, Robert (Laura) Shoemaker of Pleasant Prairie, David Shoemaker of Kenosha; sisters, Robin Shoemaker of Kenosha, Lisa (Robin) Baronsky of Kenosha, Michele Shoemaker of Green Bay; step-mother, Edie Houston; nieces, Christine, Samantha, Jackie, and Maria; nephews, Ty, Ryan, and Caleb.  Rick is further survived by his step-family including Sue Shoemaker, Brady and Chad Raasch as well as his great-nieces, Brianna and Hailey and a great-nephew, Garrett. Richard was preceded in death by his parents.