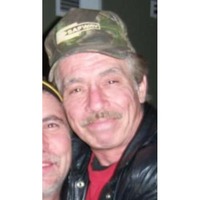 Richard Masters, 65, of Kenosha passed away on January 27, 2022, at Froedtert Hospital in Milwaukee.

Richard was born on June 30, 1956, in Kenosha, the son of Stanley and Enedina (Ledesma) Masters. He was educated in the schools of Kenosha. Richard was employed at Safeway Construction for many years and was also a member of Construction and General Laborers’ Local Union 152 and United Brotherhood of Carpenters Local 250. His hobbies included cooking and spending time with his friends and family.