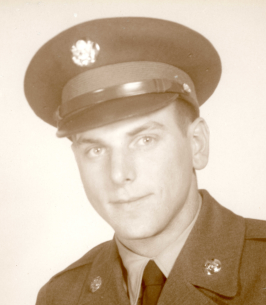 Richard E. Neiper, 86, of Trevor, WI, passed away on Saturday, October 23, 2021, at Archwood Senior Living, with his children by his side.

On December 26, 1956, he married Betty Jane Obindinski in Pennsylvania. After 59 years of marriage, she preceded him in death on September 13, 2016.

Following his military service, Richard attended the University of Scranton and received his bachelor’s degree. He ultimately retired after serving as the Deputy Director of the Architect of the Capitol.

He was a member at St. Therese Catholic Church, and was a member of the Lion’s Club, Knights of Columbus, VFW, and American Legion. He enjoyed going out to eat and most of all, spending time with his grandchildren and great-grandchildren.

In addition to his parents and wife, he was preceded in death by a brother in childhood, Vincent Neiper; a sister-in-law, Jane Neiper; and a great-granddaughter, Sarah.