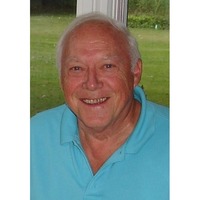 He was born on April 5, 1935 to the late Emmet J. and Marie E. (Marquardt) Algiers in Kenosha.  He was educated in Kenosha and graduated Mary D. Bradford High School in 1954.

Dick owned and operated Algiers Acoustics for many years.

Dick was an avid Cubs and Packers fan, enjoyed puzzles, fishing and animals especially dogs.  He was a handyman and was able to fix just about anything.  Dick enjoyed time at the cabin in Rhinelander, Sarasota, Florida, Door County and New Mexico.

He is preceded in death by his sister Patricia MacCready and two brothers Paul in infancy and Emmet “Al” Algiers.

A Celebration of Life for Dick will be held in the summer.  Memorials would be appreciated to the Alzheimer’s Association or to Hospice Alliance.