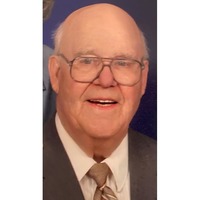 Richard “Dick” N. Brennan, 98, of Kenosha, passed away peacefully in his sleep on Sunday, December 5, 2021 at the Manor of Kenosha.

He was born on October 8, 1923 to the late Thomas and Mattie (Neilsen) Brennan in Kenosha.

Dick served in WWII under Gen. Patton in the 3rd Army, seeing action at the Battle of the Bulge and in the Ardennes.

Dick married the love of his life Irene Kleteca Hoye in June of 1946 in Kenosha.  She preceded him in death on September 22, 2018.

Dick was one of the founders of Kenosha Bowmen.  He and his brother Roger started Brennan Bros. Archery Store on the corner of 22nd Ave. and Roosevelt Road.  Dick also worked at AMC/Chrysler for many years.

Dick loved hunting, fishing and was an avid Packers fan.

He is preceded in death by a son Mark in 2021, his brothers Tom (Shirley) and their son Jeffrey, Don and his son Tommy and Roger (Rita) and their son Tim.