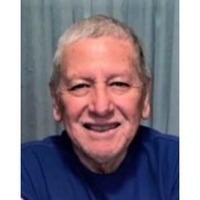 He was born on April 19, 1944 to the late Ricardo Allauca and Cleotilde Zurita in Ecuador.

Ricardo worked as a machinist for Aldon Co in Waukegan for over 20 years.

Ricardo was a loving husband and father.  In his younger years he enjoyed ice skating, roller skating and tennis.  He also enjoyed bike riding, walking and taking the dogs for long walks, watching TV, loved music, gardening, skiing and being goofy.  Ricardo was a hard-working man.  He was a loving man with a good heart.

He is preceded in death by a sister Emma, a brother Luis and his dog Cody.