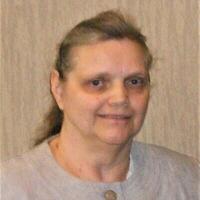 Rosemary Pflueger, 74, of Kenosha passed away June 2, 2021, at her home surrounded by her loving family.

Rosemary was born on April 3, 1947, in Kenosha, the daughter of the late Ralph and Audrey (Mahon) Covelli.  Rosemary was employed for the Federal Government as a clerk/typist for many years.  Her hobbies included crossword puzzles, crocheting, collecting owls, visiting with friends but most of all she loved spending time with her children and grandchildren.

She was preceded in death by her parents, Ralph and Audrey Covelli, as well as siblings, Robert, Richard, RuthAnn, Renee, Randy, Reed, and Ricky; great-grandson Gabriel Zeininger-Franciscus; and best friend Corky Kratzer.

A visitation will be held at Kenosha Funeral Services on Monday June 7, 2021, from 10:00AM-11:00AM with funeral services to follow immediately at 11:00AM.  Burial will be at Green Ridge Cemetery.

Facemasks are still required in the funeral home.