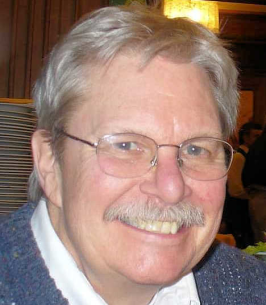 Born in Waunakee, WI on August 6, 1948, he was the son of Robert H. and Lillias (Fitzgerald) Kessenich. He attended local schools and graduated from Waunakee High School.

Randy served in the US Army in Vietnam from 1969 to 1971 and was honorably discharged. In 2018, he was able to participate in the Stars and Stripes Honor Flight to Washington, D.C. which he really enjoyed.

On July 2, 1987, he married Mary Gastaldi in Kenosha. This year they would have celebrated their 35th wedding anniversary.

Randy worked at Abbott Laboratories from 1990 to 1998, first in computer operations and then in technical support. He studied and became a Microsoft System Engineer and left Abbott to become an independent IT Consultant.

Randy was a history buff. He was well versed in many areas of history, including the Civil War, WWII, and ancient wars in Europe and Asia. After his IT career, he returned to Carthage College and graduated with a bachelor’s degree in history, which was his passion. He was a substitute teacher in Kenosha middle and high schools from 2005 to 2010. A difficult job, he loved interacting with the kids. For many years, Randy was very active at St. Peter’s Church where he was an usher, Eucharist Minister, and taught CCD. He worked tirelessly for seven years at the kids games at the church festival, helping Mary get the games set up and then running the basketball booth of which he was very proud.

Randy was an incredibly kind and humble man. Before the wretched disease, he was full of life, laughter, and fun. He was proud of his Irish heritage, even though it was his minority ethnicity. St. Patrick’s Day had him bringing out the big kettle to make corned beef and cabbage. Christmas, however, was when he really came alive. From Thanksgiving night to the Epiphany, he was in all his glory helping to decorate inside and out, buying gifts, or planning the nightly Christmas movie offering. Non-Christmas movies could not be watched until all the traditional ones had been viewed. He will be truly missed during these times.

Survivors include his wife, Mary Kessenich; two sons, Christopher of Kenosha, and Joseph of Milwaukee; other relatives; and many friends.

Visitation will take place on Saturday, July 2, 2022, at Proko Funeral Home, from 9:30 a.m. until 11:00 a.m. with memorial service starting at 11:00 a.m. with full military honors. Interment will take place privately. Please wear red because Randy loved the Badgers, or white to celebrate his life. In lieu of flowers, donations are suggested to the Disabled American Veterans (DAV) https://secure.dav.org/site/Donation2?df_id=10801&10801.donation=form1&headline=1&gclid=Cj0KCQjw2MWVBhCQARIsAIjbwoN1rN1VNnP97wLMCJ6TY6bdOdBNvJdqKB_B3eteRwzmIkeG72WhTh8aApoXEALw_wcB&gclsrc=aw.ds