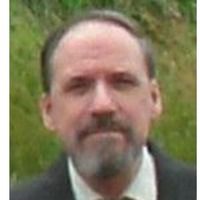 Ralph was born on May 15, 1959, in Kenosha, the son of the late John and Bernice (Zebrowski) Fedyzkowski. He was educated in the schools of Kenosha. He completed four years of US Naval Reserve Service. Ralph graduated from the University of Wisconsin – Parkside with a Bachelor of Science in Business with Accounting Concentration.

Ralph was employed at various jobs over the years including assistant sales manager for Racine Wilson, Inc. In his later years, his occupation was companion and caregiver to his mother. He was an avid reader and music enthusiast.

Survivors include his brother, Thomas Fedyzkowski of TN; and four sisters, Janice (Gary) Van Strien of WI, Elaine (Joseph) Hyland of IL, Susan (Roger) Bemann of WI and Carol (Brian) Boehm. He is survived by a number of nieces, nephews, great nieces and great nephews. Ralph was preceded in death by his parents, and his sister, Leslie. Ralph was also preceded in death by his beloved dog Buddy.

A celebration of life will be held at a later date. The family would like to thank the staff at the Manor of Kenosha and St. Catherine’s Hospital for the compassionate care of Ralph. Our thanks to the Versiti Donate Life team for fulfilling Ralph’s wishes to be an organ donor. Our prayers are with the recipients of his gifts.

If you wish to donate in Ralph’s memory, please consider the Safe Harbor Human Society or your local animal shelter. Please consider being an organ donor.