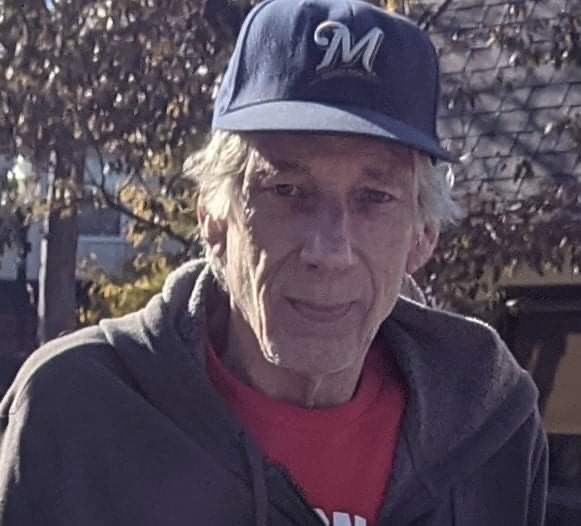 Paul M. Neil, age 72, of Kenosha unexpectedly passed away in his home on Tuesday, January 18, 2022. He was born on May 1, 1949 in Coco Solo, Panama Canal Zone, to James and Mildred (Hradek) Neil. A child of a Naval Chief, he and his eldest sister, Iris, lived there for a little more than a year before moving back to the States. His parents had four other children, Melvin, Steven, Thomas, and Diana. As a boy, he could often be found enjoying the outdoors; hunting, fishing, exploring, and playing sports.

He graduated from Mary D. Bradford High School in 1967; excelling in academics, track, and cross-country. He also excelled in a variety of intramural sports, such as basketball, volleyball, and tennis. Paul attended U.W. Kenosha, where he lettered in cross-country, and attended U.W. Steven’s Point. Soon after, he proudly enlisted in the U.S. Air Force. Upon finishing his service, he moved back to Wisconsin where he met and married Diana Smith. Together they had two children, Carey and Steven Neil. Although the marriage didn’t last, he remained close and dedicated to his children.

Paul worked various jobs over the years, such as American Brass, Coca-Cola, Wick’s Siding Company, and Kenosha News. He loved spending time with his family and friends, and competing in recreational sports; for which he had an illustrious career in Kenosha’s City League Basketball. It’s there that the beloved nickname, “Tall Paul” was solidified, and like his statistics, he too was ever soaring to new heights!

As many know, there was another love in Paul’s life, which was his long time girlfriend Donna Preston. The two of them were nearly inseparable. She had two children of her own, Joe and Lisa, for which together their four children become very close. Paul and his son, Steven, shared an especially close relationship through sports; particularly baseball, where they spent countless hours practicing wherever they found a field.

Paul was an affectionate and supportive father, who cared deeply for his entire family, and the safety of his community. Many knew him as a crafty and talented athlete, skilled laborer, an artist, poet, philosopher, romantic, and lover of both music and storytelling; who could fit a joke into any situation.

In his later years, he could easily be found around a pool table pocketing the balls, one by one, while moving and grooving to the music on the jukebox. Paul lived to lighten the mood, and was on mission to help people laugh; that was his gift to people.

Paul is preceded in death by both parents and two siblings, Steven and Melvin. Paul is survived by his two children, Carey (Jason) Michaud and Steven (Kimberly) Neil, and four grandchildren: Jacob, Kayla, Silas, and Simeon. He also is survived by his siblings, Iris (John) Leuck, Diana (Rick) Kantola, and Thomas Neil; along with several nephews and nieces: Eric, Susan, Michael, Heather, David, and Christopher.

In honor of Paul’s life, a private family gathering will be held. There is an open invite on February 12th at Fec’s Place, located in Kenosha, from 7-10pm. There will also be a Celebration of Life service held at Petrified Springs at a later date. For further information visit the Casey Family Options website.

The family asks that in lieu of flowers, donations be made to Meals On Wheels, or simply go and enjoy the outdoors in Paul’s memory.