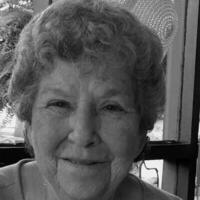 Patricia Nelson, 84, of Kenosha passed away on July 14, 2022, surrounded by her loving family.

Pat was born on August 30, 1937, in Manistique, MI, the daughter of the late Alex and Edith (Gillingham) LaLonde. She graduated from Manistique High School. Pat married Harry Nelson on February 2, 1957 at Zion Lutheran Church in Manistique. Together, they moved to Kenosha where Pat was a devoted mother and homemaker.  Later she worked at Bethany Lutheran School. She was very involved in the activities of her family.  Pat was a member of the Mt. Zion Lutheran Church where she taught Sunday school, was a youth group leader, and actively involved in both the alter guild and Women in Christian Service.  While her children were in band, both Pat and Harry were active in band boosters. She was a chaperone to the American JH and Tremper HS bands. Pat enjoyed bowling on Tuesday mornings in the koffee klutch and other leagues. She was also a member of the 600 club.  Most of all, Pat enjoyed traveling and spending time with her friends and family.

Survivors include her two children, Tamera (Kent) Holmquist of Madison, Rick (Amy) Nelson of Kenosha, and her granddaughter, Kathryn Holmquist of Portland, Oregon.  In addition, she has many nieces & nephews throughout the USA and Canada.  Lastly she has three sisters-in-laws, Mary LaLonde, Judy LaLonde and June Crawford. Pat was preceded in death by her husband Harry Nelson, brothers, Robert & Larry LaLonde and sisters Beverly (Sally) Shelly & Norma Mintges.