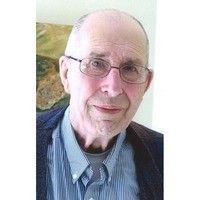 He was born on February 23, 1939 to the late Walter and Myrtle (Kobliska) Niederloh in Black River Falls, WI.  He was educated in Chetek, Michigan Tech, UW Eau Claire, and Luther Seminary receiving his Masters in Divinity.

James was a member of Lord of Life Lutheran Church in Kenosha.

He is preceded in death by his sister Janet Christeson.

A Celebration of Life will be held at a later date.

In lieu of flowers memorials would be appreciated to Hospice Alliance Kenosha, Lord of Life Lutheran Church Kenosha or to a charity of one’s choice.