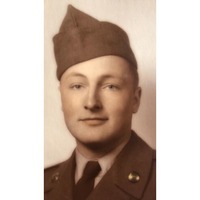 Norman E. Benedict, 88, of Pleasant Prairie passed away peacefully on Tuesday, September 28th, 2021, at his home surrounded by his loving family after battling a long chronic illness.

Norm was born on April 20th, 1933, in Kenosha, WI, the son of Roland and Emily (Stonebreaker) Benedict.  He grew up in Bristol, on the family farm, during the depression.  He learned the values and ethics of hard work which he successfully utilized throughout his life in order to provide for his family and achieve any goal he put his mind to.  Throughout his childhood, he was close to his immediate and extended family.  He embraced the history and memories of this period of his life and enjoyed telling many stories, fond memories, and the history of Bristol to his children and grandchildren.

Norm attended a one-room schoolhouse in Bristol with twelve kids from the first through the eighth grade.  He enjoyed all of the experiences of growing up on a dairy farm, from milking the cows by hand, walking behind a Clydesdale horse plowing the field, and the freedom and adventures of growing up in a rural community.  Norm loved to play baseball.  As a young boy, his inspiration came from seeing a picture of a young Bob Feller on a box of Wheaties.  He wanted more than anything to be a pitcher too.  Lacking all of the proper baseball equipment he began practicing by throwing “horse apples” in the pasture.  By the time he was a freshman at Wilmot High School, he made the varsity team and threw a no-hitter.  He also enjoyed hunting and fishing with his older brother Lowell and looking out for his younger brother Everett.  He developed an interest in fixing farm equipment, which led to his career working as a mechanic for the Wisconsin Electric Company in Kenosha for 29 years, fixing and maintaining the truck fleet for the company.  As an adult, he was able to fix everything in his home except for the television.

At the age of 19, Norm was drafted to serve in the Korean War.  By the time he finished his service, he was a corporal in Japan.  While serving in Japan, he was a cook and played baseball as a pitcher for the U.S. Army.

Norm met his future wife, Merry, at a dance on New Year’s  Eve in 1956. They loved to dance the polka, waltz, and foxtrot.  Norm often said that Merry was the most beautiful girl he had ever met and that he soon realized he wanted to marry her.  They married on August 22nd, 1959, in Waterford, WI and they shared a loving 60+ years together before Merry died on June 26th, 2020.  Norman has missed her immensely and he is now happily reunited with her in heaven.  Norm and Merry raised three children.  He was a devoted father and husband.  Together, they built the house in Bristol where they raised their family.  Norm enjoyed playing baseball and sheepshead, riding bikes, gardening, picking apples and making cider, and just spending time with his family in general.

After retiring at age 60, Norm enjoyed his daily walks in the Bristol Woods and walked 5 miles a day until the age of 82.  He also enjoyed restoring classic cars, reading history books, and spending time with his grandchildren, and helping his children when they needed it.

Norm was preceded in death by his wife, Merry, his parents, and brothers Lowell and Everett.

A private memorial service will be held by the family.  The family would like to thank the Hospice Alliance and his live-in caregiver Suki.  Our family would also like to thank our parents, Norm and Merry, for all of the love and good memories we will cherish always.