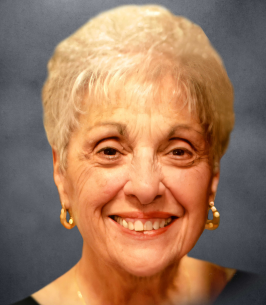 Nancy Marie Pillizzi, 87, of Kenosha, passed away on Tuesday, March 15, 2022, at Hospice Alliance – Hospice House surrounded by her loving family.

Born in Kenosha, on December 29, 1934, she was the daughter of James and Rose (Forgianni) La Mantia. A lifelong resident of Kenosha, she was educated in local schools.

Nancy was a devoted homemaker who loved spending time with her family. She loved cooking and made sure everyone who came over was well fed. She was especially proud of her grandchildren and great-grandchildren. In her youth she was a candy striper at St. Catherine’s hospital then following her time at home she worked as a lunch lady at Frank Elementary School. She was a member of Our Lady of Mount Carmel Catholic Church, a member of the ladies society, and helped with many church events including their spaghetti dinner. She enjoyed bowling and knitting hats for KUSD children.

The family would like to thank the staff at Hospice Alliance Hospice House for the wonderful care given to Nancy in her last days.