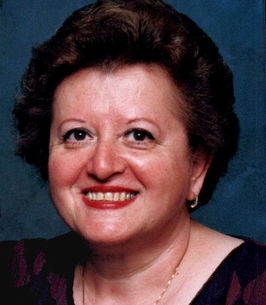 She was born November 24, 1955, in Mirosaljci Serbia, daughter of the late Veselin and Milena (Cirjakovic) Gavrilovic. She married Milan Urosevic on March 31, 1987, and together, they enjoyed traveling, gardening, fishing, and hosting friends and family in their home. Milan preceded her in death on January 9, 2015.

Mimi was employed by Kenosha County, Brookside Care Center, Kenosha, WI for almost 20 years. An avid gardener, she could be found all summer long meticulously tending to a bountiful vegetable garden and grooming rainbow-colored flower beds. People often stopped to admire and comment on her backyard paradise.

Milica’s first career was that of a highly skilled patternmaker. She brought fashion designs to life by creating the templates used in mass clothing production. She also enjoyed sewing for herself and friends and is well-known for her bright red Serbian aprons that can be found at Serbian banquet halls across the USA and Canada.

While Mimi and Milan did not have their own children, they lovingly helped raise Max and Kalina Winslow. Mimi also leaves behind extended family, Kumovi, countless friends and a precious pup named Mala.

For those that had the privilege to know Mimi, she left an indelible mark on them with her kind and generous spirit, warm smile, and playful sense of humor. We miss her deeply.