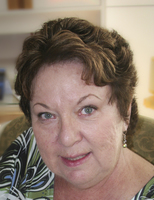 Mickey Durmick, 70, of Hartland, WI, slipped peacefully into God’s loving arms, at home with her husband by her side, on Friday Aug 20, 2021.

After graduation she was married to Robert Paterson and they shared 9 years together. On her birthday in 1985, she married Daniel “Dan” Durmick at Durwards Glen in Baraboo, WI. Mickey and Dan met at Miller Brewing Co. in Los Angeles, CA and their careers moved them all across the United States, but they always considered Wisconsin home.

Mickey was an outstanding Human Resources Executive, renowned for her ability to develop high performing teams. She was especially proud of nurturing women to leadership positions in complex roles. She began her career with the YMCA in downtown Milwaukee and later joined Miller Brewing Co prior to settling in with Nestle USA. After 18 years with Nestle she retired as Executive Vice President and moved to her dream home in Hartland, WI.

Mickey loved reading, cherished her kids and grandkids, and was known to dial in to the occasional Hallmark Movie. Until a few years ago she ran an executive coaching business helping up and coming Human Resource Professionals hone their skills. Through her wisdom, selflessness and enthusiasm, Mickey had a lifelong ability to bring out the best in people. Mostly, Mickey will be thought of for being the ultimate hostess, meticulously planning and preparing gatherings everywhere she and Dan lived.

Mickey was an active member of St Charles Catholic Church and was very involved with Saint Vincent de Paul.

She was preceded in death by her parents, and her brother Thomas Finn.

A Mass will be celebrated on Thursday September 2, 2021, at 5:30 PM at St Charles Catholic Church, 313 Circle Drive, Hartland, WI 53029. A visitation will be held at the church from 4:00 PM until the time of the Mass. In lieu of flowers, memorials in her name to St Vincent de Paul Society at St Charles Parish would continue her legacy of always helping others.