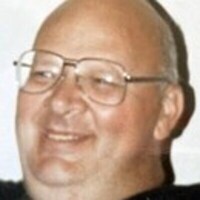 Michael Soens, 83, of Kenosha passed away on Sunday, October 17, 2021 at Aurora Medical Center in Kenosha.

Michael was born on March 7, 1938 in Kenosha, the son of the late Aloysius & Eleanor (Smith) Soens.  He was educated in the schools of Kenosha, graduating from St. Mary’s H.S.  Michael married Juanita Russo on March 15, 1965 in Kenosha.  He was employed as Longshoreman at Kenosha Harbor, was a machinist at MacWhyte for many years, and worked at ACE Cycles.  He was a member of St. Elizabeth Catholic Church. His hobbies included traveling, motorcycling, boating, and fishing.

Survivors include his children, Patrick Soens of Kenosha, John Wise of Kenosha, Bethany (Chris) Wise of Pleasant Prairie; sister, Lois Tyson of FL. Michael was preceded in death by his wife Juanita on July 21, 1998.

Michael’s family would like to thank the staff at Aurora Medical Center for all of the compassionate care that they gave to Michael in his last days.