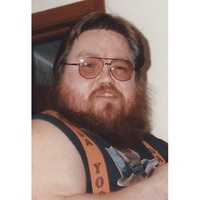 He was born on March 16, 1958 to the late Wayne and Lorraine (Tienhaara) Pelt in Chicago.

Mike was a truck driver for many years, having a handle of “Missing Link” and riding shotgun was “Carlton” from the TV sitcom Rhoda.

Mike enjoyed building model airplanes, fishing, bike riding and loved to draw having his work displayed at the State Fair.  He was a very talented artist.

He is preceded in death by his sister Sandi Borland and a nephew Christopher John Iorio.

Full Military Honors for Mike will be held on Monday, January 24, 2022 at 10:00 a.m. at Southern Wisconsin Veterans Memorial Cemetery.  Memorials would be appreciated to a charity of one’s choice in Mike’s name.