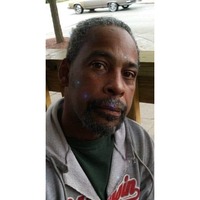 Michael was born September 18, 1959 in Kenosha, WI to LeRoy Carr, Sr and Dorothy Marie Bardwell. Michael was struck by a car when he was 18 years old causing severe brain trauma and diagnoses given to his parents were grim. But he fought his way through it and not long after, he earned his high school degree from Tremper High School. This was a testament to who Michael was. He went on to have challenges for the rest of his life, but he lived a life in which he was always peaceful, kind hearted & loving. Affectionately known as “Muss” whenever you saw him, he was never causing trouble or harm to anyone, but love to tease and harass his family. He was loved by everyone who knew him.

A Celebration of Life for Michael will be held on Saturday, February 5th at 11:00 a.m. at the Bruch Funeral Home.  Visitation will be held at 10:00 a.m. until the time of service.