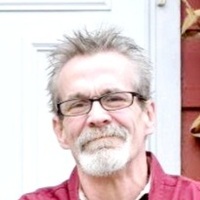 Michael James Kelly Sr., 56, father, son, brother, friend, of Kenosha passed away on Monday October 31, 2022 at The Bay at Water’s Edge in Kenosha.

Michael was born on November 26, 1965 in Kenosha, the son of the late George & Kay (Yoder) Kelly.  He was educated in the schools of Kenosha.  Michael married Anita Walters in 1993 and later divorced in 1998. He was employed at Kenosha Millwork for many years and built the most beautiful wood pieces. He gave his family some wonderful memories such as their many camping trips, canoeing on the river, fishing and cooking all the good football food on Sundays. He was an avid Minnesota Vikings fan but always showed his support of his loved one’s teams.

Survivors include his children, Christine (Michael) Shatkins, Michael (Natalie Nemec) Kelly Jr., both of Kenosha; his brother, Richard (Dawn) Kelly of Greenfield; and his grandchildren, Sylis, Elijah, and Lincoln Shatkins, whom he loved and admired dearly. Michael was preceded in death by his brother, Thomas Kelly.

The man that he once was and always aspired to be, will truly and deeply be missed.