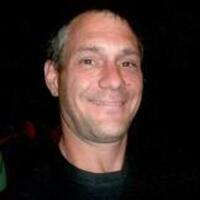 Michael Gross, 55, of Kenosha passed away on October 1, 2021, unexpectedly at his home after a long illness.

Michael was born on December 27, 1965, in Milwaukee, the son of Dennis and Judy (Pavlik) Gross.  He attended St. Anthony’s School and the Kenosha Unified School District.  Michael was known and admired as a diligent worker and skilled carpenter.  Later in life, he managed daily operations at C and M Automotive Repair services and worked at Spanky’s.  Mike was known for his ability to work tirelessly throughout his life.

His passion was his two children and their sporting events.  He loved supporting his children at t-ball, baseball and football.  He has collected numerous momentoes of their accomplishments and treasured each one.   In his spare time,  he could be seen traveling about on one of his two motorcycles especially his Harley.  He enjoyed fishing, spending time with family and friends, especially Rusty his trusted K9 companion.   Mike was a past President of  AA.

Mike is survived by his two children, Dylan Gross and Drew Kramsvogel both of Kenosha; mother, Judy Gross of Kenosha; half-brother, Steven Gross of Tomah, WI; and grandchild, Cianna May Gross. Mike’s extended family included Zane Jeranek who he cherished as a third son.   Mike valued all his friends and family for their friendship, companionship, and support throughout his life and during his recent hardship.

Michael was preceded in death by his sister, Debbie Gross, and his father, Dennis Gross.