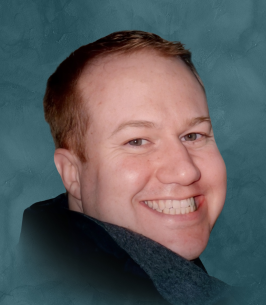 Michael Gerald Freund, passed away unexpectedly on Saturday, January 29, 2022, at his home. He was born in 1971, in Chicago, IL the son of Michael E. and Linda (Swiderski) Freund.

When he was two years old, his family moved to Monroe, WI where Michael attended the public schools. After high school, he joined the U.S. Army Reserves and attended University of Wisconsin – Madison as a business major. His reserve unit was called to duty during the Desert Storm War when he was 19 years old. He was awarded medals of distinction and achieved the rank of Sergeant prior to his honorable discharge. After graduating from University of Wisconsin – Madison he moved to Kenosha, WI for a job opportunity at Jockey International. He worked at Jockey for 25 years. During his tenure at Jockey, he obtained his master’s degree from Loyola University, Chicago, IL in business. Most recently, he worked as a demand consultant for LTI.

Michael married his high school sweetheart, Sara Krueger in 1995. Michael and Sara have three children, Reed, Brock, and Lily. Michael’s wife and children were his priority, everything he did was for his family. Michael was a calm force. He was a beautiful singer and wannabe drummer. He loved funny movies, cooking shows, he was always quick with a pun or dad joke, he was the friendliest one in the room, he was a self-taught handyman, and if there was a YouTube video he’d figure it out. He was intelligent and always knew how to spell every word you’d throw at him and he was silently correcting everyone’s grammar in the room. He loved all things that dealt with technology and computers, his family will be at a loss at how to turn the lights on and off without him. We will be at a loss without his kind and sweet loving nature most of all. He has left us all much too soon. His kids were a source of pride and deeply loved by Michael. He never failed to tell them he loved them or skimped on bear hugs.

His wife would like to thank the ICU staff at Aurora Medical Center, Kenosha, WI, especially Jenny and Wesley who were kind CNA’s that Michael spoke of fondly and made him feel safe and heard, Anna RN and Cody RN, Drs. Bawaadam, Niebuhr, Khalil and Korama who kept her in the loop and kept Michael alive to come home. He was so grateful to his home health team too, Arlan, Khatija, Kelly, and Deb. His primary physician, Dr. Antoo and nurse Jake were kind and helpful always. We are all devastated by this tragic loss and are grateful to the friends and family who’ve prayed and loved over us.