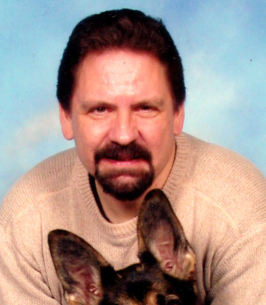 It is always difficult to say goodbye to someone we love. A devoted Christian, Michael A. Wiercinski, 62 years old, went into the arms of Jesus on Monday, October 25, 2021, after an eleven-year battle with cancer.

He was born September 11, 1959, in Kenosha, WI the son of the late Henry and Helen (Morris) Wiercinski. He was educated in Kenosha area schools. After high school, Michael joined the U.S. Air Force and was a strong patriot until the end. After serving in the Air Force, Michael spent most of his career in the field of security.

Mike enjoyed the outdoors and found inner peace in the beautiful wilderness, and he loved to travel to national and state parks whenever he had the opportunity. He was an avid animal lover, especially German Shepherds and wolves. He also enjoyed going to casinos and trying to find a winning lottery ticket.

In addition to his parents, Mike was preceded in death by his brother, Robert Wiercinski; a nephew, Timothy Wiercinski; great nephew, Steven Wiercinski and his cat, Shadow.

The Wiercinski Family would like to thank Dr. Leonardo Montemurro, Dr. Malik Bandealy, Dr. Leena Josi, Dr. Dragos Nanul, and William Merritt CPA. We would also like to thank the St. Catherine’s Kidney Center, and the Aurora Cancer Center. A special thank you to the ICU nurses and staff at Froedtert Pleasant Prairie Hospital, especially Kristen Kmetz, RN who went above and beyond; she will always be an angel in our eyes.

We are very grateful to Mike’s many friends and neighbors who were there for him throughout his journey. Even though it was difficult at times, you were always there when he needed you. THANK YOU!

Following Mike’s wishes, there will be no funeral services held.