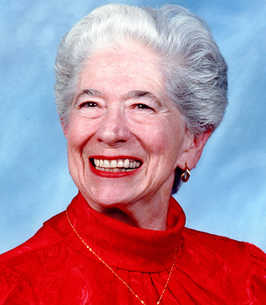 She was born October 5, 1930, in Kenosha, WI the daughter of the late Archie and Gladys (Kline) Gentes.

On September 2, 1950, she married Raymond Prostko at St. Mark the Evangelist Catholic Church, Kenosha, WI, and he preceded her in death on June 17, 2001.

Meredith loved dancing, singing, and traveling. She has been on over 20 cruises, and some of her travels have taken her to Australia, Brazil, China and Europe. In her younger years, Meredith enjoyed bowling and was part of a league. She especially cherished her family and Wednesday night dinners with her children, grandchildren and great-grandchildren. Meredith was a delightful person with a beautiful soul. She will be remembered for her heartwarming smile and positive personality.

In addition to her parents and husband, Meredith was preceded in death by sisters, Dorothy (Russell) Kellman and Marjorie (Raymond) Thompson.