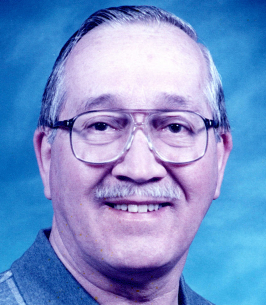 Melvin LeRoy Petts, 81, of Kenosha, passed away on Monday, October 31, 2022, at Aurora Medical Center – Kenosha, after having a stroke.

Born in Shawano, WI, on February 17, 1941, he was the son of the late Walter and Alice (Schenk) Petts. Melvin spent most of his childhood in Northern Wisconsin.

On April 7, 1962, he married Lynn Kellman in Waukegan, IL. They celebrated 60 years of marriage last April.

Melvin loved watching golf, the Green Bay Packers, the Wisconsin Badgers football team, and the Milwaukee Brewers on TV. He also loved playing cards with family and friends, jigsaw puzzles, and vacationing in Northern Wisconsin with family. He was a caring person, always willing to help others in need.

Aside from his parents, he was preceded in death by two brothers, Lloyd and Walter “Jimmy” Petts; and a sister-in-law, Terry Johnson.

The family would like to thank the Kenosha Fire Department, the Doctors and Nurses of Aurora Hospital, and the Hospice staff for their kindness and providing everything Melvin needed to stay comfortable.

Visitation will take place on Saturday, November 5, 2022, at Proko Funeral Home, from 2:00 p.m. until the time of memorial service at 4:00 p.m. Interment will take place in Alvin, WI, in spring. To live stream the service, please copy and paste https://www.facebook.com/ProkoFuneralHome/live_videos/ into your browser at 4:00 p.m.