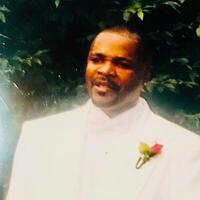 Melvin “PeeWee” Varnell, 65, of Kenosha passed away on Saturday, December 25, 2021 at Froedtert South-Kenosha surrounded by his beloved children.

Melvin was born on October 25, 1956 in Waukegan, IL, the son of the late Aron & Neomia (Parker) Varnell.  He was educated in the schools of Kenosha, attending Tremper H.S.  Melvin was employed at Great Lakes Naval Base and at various restaurants as a cook throughout the years.  He received a certificate in culinary arts.  He has won BBQ competitions as well as many dancing contests.  His hobbies included listening to old school R&B as well as funk music, dancing, BBQing, cooking, cheering for the Chicago Bears, but most of all spending time with his family & friends.

A visitation will be held on Friday December 31, 2021 at Kenosha Funeral Services from 12:00 PM-1:00PM, with funeral services to follow at 1:00PM.  A repass is scheduled immediately following the home going services at the Kenosha Union Club.