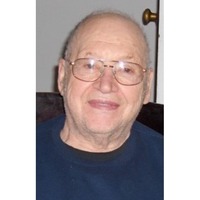 Melvin was born on January 16, 1938 to Alvin and Helen (Kushava) Bellow.  He graduated from Oconto Falls High School and then spent four years in the US Air Force.

On April 27, 1963 he married Patricia Francois in Green Bay.

Melvin retired after 29 years at AM/Chrysler and went on to enjoy a hobby of woodworking, where did beautiful work.

Along with his parents he was preceded in death by three brothers Alfred, Sylvester and Eugene and one sister Helen Jane Sittner.