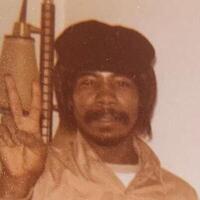 McKinley was born on February 17, 1952, in Benoit, MS, the son of the late Albert and Rena (Ford) Parker.  He was educated at Nugent Center School in Benoit, MS.

McKinley moved to Memphis, TN in the early 1970s. He met Forrestine Williams and they were married in 1972. In that marriage, one son was born McKinley Parker Jr. of Memphis, TN. From that son were five grandchildren, Jacquez, Jauffi, Destiny, Kinari, and Kariah Parker all of Memphis, TN. He had a special friend, Marylou Perkins of Benoit, MS where he raised her children as his own. Catherine Chubby, Ronnie Ron, Charlie Ty, Rose Mary Pooh, Debra, and Jasmine MaMa Perkins all of Greenville, MS.

McKinley had a very special and close friend “Khadija Rashada” of Kenosha, WI.

McKinley was a member of the Jehovah’s Witness where he learned about the Lord.  He worked for a Semi Trucking Co., as a mechanic for many years.  His hobbies included music, singing, being a jokester, helping people but most of all he loved his grandchildren and spending time with family and friends.

McKinley was preceded in death by his parents Albert and Rena Parker, two brothers, Eliger and Percy Parker and wife Forrestine Williams Parker.