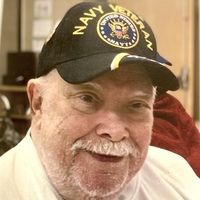 Maurice Carroll, 83, of Kenosha passed away on July 12, 2022, at Aurora Medical Center in Burlington.

Maurice was born on February 22, 1939, in Omaha, Nebraska, the son of Maurice Carroll and Lucille Zink.  He was educated in the schools of Oklahoma.  He married Katharine Brugger on August 24, 1963 in Kenosha, they later divorced but remained friends. Maurice was a proud Navy Vet, serving our country for 20 years.  His hobbies included reading, watching old movies and keeping up with college sports

Services will be held at Kenosha Funeral Services on Thursday July 21, 2022, from 5-7PM, with prayer service starting at 7, lead by Susan Patterson-Sumwalt of First United Methodist Church. Maurice will be laid to rest with military honors at Southern Wisconsin Veterans Memorial Cemetery in Union Grove on Thursday August 11 at 9AM