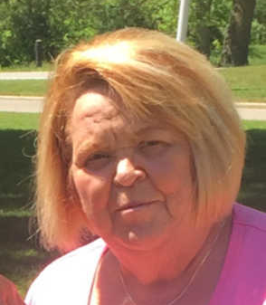 Mary S. Kowalewski, 77, formerly of Racine, passed away surrounded by her loving family, on Wednesday, July 13, 2022, at Aurora Medical Center in Kenosha.

Mary was born in Harlan, KY, on October 19, 1944, she was the daughter of the late Nathan and Cynthia (Swain) Sergeant. She moved with her family to Illinois and later settled in Milwaukee, WI. There she met the love of her life and high school sweetheart, Sylvester “Syl” Kowalewski. They were united in marriage on January 18, 1964, spending the next 57 years together. Mary was preceded in death by her husband on August 25, 2019.

Mary was employed as a cashier at Pick N’ Save in Racine for over twenty years. She enjoyed attending church, listening to gospel music and spending time with her children, grandchildren and great-grandchildren.