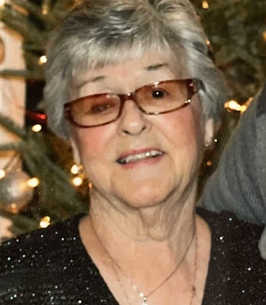 Mary Rose (Morrone) Gentile passed away peacefully at her home on April 3, 2022.
She was born in Kenosha, WI on January 4, 1930, to Earnest and Vienna Morrone, the youngest of four sisters Rose, Yolanda and Edith.

She graduated from Mary D. Bradford High School and later attended Gateway Technical Institute and was a graduate of the LPN class of 1970. She then worked as a Licensed Practical Nurse at St. Catherine’s Hospital.

She was married to Richard Gentile Sr. (also of Kenosha, WI) on February 17, 1951 at Fort Monmouth, NJ where Richard was stationed in the US Army. After Richard served in the Army, they returned to raise their family in Kenosha.

In addition to her parents, Mary was preceded in death by a daughter Susan Gentile (Valley Village, CA) .

Mary was devoted to her family, her faith and her community. She was an active member of St. Mary’s Catholic Church in Kenosha. She found peace and solace walking along Southport Beach on Lake Michigan by herself and with her children and grandchildren.

Funeral services and interment will be private. Arrangements were entrusted to Proko Funeral Home. In lieu of flowers, those desiring may make contributions to Hospice Alliance, 10220 Prairie Ridge Blvd, Pleasant Prairie, WI 53158, or Open Wings, 7951 36th Ave, Kenosha, WI 53142, in her memory.