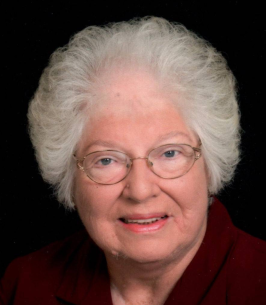 She was born October 20, 1937, in Chicago, IL the daughter of the late Robert and Helen (Duzmal) Emerson. On September 27, 1969, she married Lowell Swanson in Chicago, IL and they settled in Kenosha County shortly after. Lowell preceded her in death in 2006. Mary Lou was a devout Catholic and an active parishioner of St. Scholastica (now Holy Cross East) Catholic Church, Bristol, WI where she taught CCD for 30 years. She also volunteered at the Shalom Center. Mary Lou cherished time spent with her family and loved being a grandmother.

In addition to her parents and husband, Mary Lou was preceded in death by brothers, Fr. Robert Emerson, Donald (Mary) Emerson, and Kenneth Emerson.

The family would like to extend their gratitude toward the Kidney Center staff at Froedtert Pleasant Prairie Hospital (St. Catherine’s Medical Center) for their care and compassion.