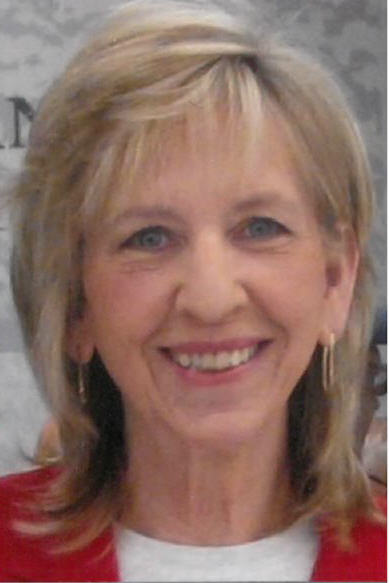 On September 23, 1989, Mary was united in marriage to Barry Domes. Their union was blessed with 217 dog years of marriage.

Mary was a pillar in the dog world. Mary and her husband Barry raised five potential Service Dog puppies for Canine Companion for Independence located in Delaware, OH, for handicap placements. For over 20 years Mary was the owner of Dogdom International Dog Training and the founder of Dogs of Endearment Therapy Dog group. Mary was a certified dog trainer and a proud member of the Association Professional Dog Trainers Association. She was a registered evaluator for the Canine Good Citizen test series through the American Kennel Club. She was a registered therapy dog instructor for Intermountain Therapy Animals, Inc. and a registered R.E.A.D. (Reading Education Assistant Dog) team in local libraries and schools for many years. Mary and her dogs were featured in several publications hi-lighting her therapy dog work.

She was a mentor to many people with dogs (No Cats LOL) to pursue therapy dog work that enriched our community.

She also participated in the training with firefighters to utilize pet oxygen masks (generously donated by dear friends), both locally and the State of Wisconsin. Mary was a lover of golden Retrievers and many years participated in

Her patriotism had no boundaries and was a greeter for the Stars and Stripes Honor Flight. Mary was extremely involved with the Veterans, she co-founded the American Heroes Café along with Sharon Janusz which started in 2011 at the former Spiegelhoff’s SuperValu in Kenosha. Festival Foods, which acquired SuperValu built a new store nearby and offered to continue the American Heroes Café inside the new store. Mary and Sharon were instrumental in getting Café’s established in 19 of the 45 Festival Foods stores in Wisconsin. Veterans stop by every Friday morning located in the community conference room at Festival Foods and recite the Pledge of Allegiance at 0900; sing patriotic songs; celebrate monthly birthdays and share moments of silence for those who have gone before them and a place to “Heal”. More importantly, the Veterans come together for the camaraderie and share their experiences. It’s sort of like a family get together without all the drama. It does not matter which branch of served in, whether you served in combat or not, or what era you served in.

She is survived by her beloved husband, Barry Domes; her sister, Laura Edwards of NC; her brother, Michael (Shelly) Shultz of MN; her niece, Courtney; her nephew, Mark; her brothers-in-law, Bill Nottingham, Alan Domes and Billy Domes both of Kenosha, her dogs Spencer and Bravo and many special friends.

In addition to her parents, Mary was preceded in death by her sister, Linda Nottingham, and her beloved Golden Retrievers, Brodie, Seve, Driver, Miles, Journey, Monty and Tripp.

In lieu of flowers, memorial remembrances may be made to Barry Domes.