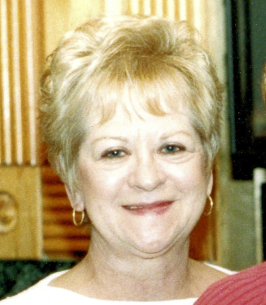 Born on December 21, 1937, in Kenosha, WI, she was the daughter of the late William J. and Marie J. (Muckerheide) Holzemer.

On July 5, 1958, she was united in marriage to James Frank Lesniak at St. George Catholic Church. They were blessed with two daughters, Karen, and Sandy. Mary was a mother and a homemaker until the marriage ended in divorce on August 2, 1971. She was a loving, strong, independent single mother who was very dedicated to raising her two girls.

Mary started work as a Ward Secretary at St. Catherine’s Hospital on Sheridan Road on 35th Street (Kenosha) and later changed her occupation at the hospital to an Alcohol & Other Drug Abuse Counselor. She left the hospital in 1988, to begin a new career as a telemarketer at Nu-Deluxe Corp., Buffalo Grove, IL. She retired as a Sales Supervisor in November 2005, after 17 years of dedicated employment.

One of her favorite pastimes was to go shopping at Christopher & Banks and Boston Store at Regency Mall. She also enjoyed planting hanging flower baskets and planters at springtime, watching sitcoms, Cubs games, the Wheel of Fortune and Jeopardy game shows, and doing crossword puzzles with her daughter, Sandy. She took a ceramics class in the 1980’s with a couple of friends and they would go out afterwards for coffee and dessert at Sunshine Restaurant. Her talent showed in the many beautiful pieces that she made for display in and around her home. For many years, she was a member of the monthly bridge club with seven of her friends who would all take turns hosting the club in their homes.

Mary will be deeply missed by her daughter, Sandy (John Koenes), who was her caregiver for many years. She is also survived by her other daughter, Karen (Paul) Dudzek of Saukville, WI; two granddaughters, Hillary Dudzek and Brecken Dudzek; a brother, Don (Joan) Holzemer; her sister-in-law, Mary E. Lesniak; and her niece and nephews, Jeanne Lesniak, Thomas Lesniak, Michael Holzemer, and Jeffrey Holzemer.

She was preceded in death by her parents, William and Marie Holzemer; ex-husband, Jim; former in-laws, Frank and Amelia Lesniak; and brother-in-law, Richard S. Lesniak.

The family would like to thank the staff at Library Terrace Assisted Living and Hospice Alliance for their kind and compassionate care of Mary.