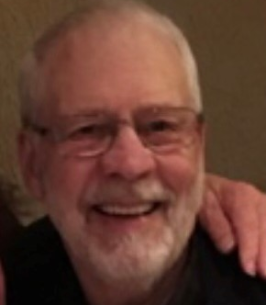 Marty was born in Kenosha on March 23, 1937, to the late Peter and Hazel (Collins) Schenk. He attended local schools and went on to marry Leona Lindstrom.

He served as a Lieutenant in the Army from October 1961 to August 1962. After his honorable discharge, Marty worked for Chrysler until his retirement.

Marty was brought up in the Salvation Army Church. His parents instilled in him a great faith, which he carried along with him through life. He put forth a good example for his children and others to follow. Later in life, he attended Grace Church in Racine with his significant other, Judy Gaal.

Marty was skilled in every sport he tried. He spent several summers pitching softball and brought home many trophies for dart ball come winter. He also enjoyed playing a challenging game of chess and traveling with his family for yearly vacations. A few of his most memorable destinations included San Antonio, Niagara Falls, the Grand Canyon and Mount Rushmore. At 43, Marty required open heart surgery. After this, he drastically changed his lifestyle, ate better, and began running. He was a repeated member of the KYF 1000 Mile Club, meaning he ran over 1000 miles each year.

Marty is survived by his two children, Robin J. Metallo and Martin A. Schenk II, a son-in-law, Peter Metallo, two sisters, Ginny Martinez and Laurie Christman, five grandchildren: Joseph Metallo, John Metallo, Martin Schenk III, Sara Pederson and Morgan Schenk as well as many other loving family and friends.
In addition to his wife and parents, Marty was preceded in death by sisters, Ruth Schenk and Patricia Saenz, as well as his very special friend Judy, who passed just three days prior to him at the same hospital.

Visitation for Marty will be held at Proko Funeral Home on Friday, November 26th from 10:00 a.m. until the time of service at 11:00 a.m. To live stream the service, please copy and paste
https://www.facebook.com/ProkoFuneralHome/live_videos/
into your browser at that time. Interment with full military honors will follow at Sunset Ridge Memorial Park.