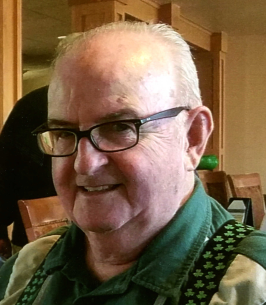 Marlin enlisted in the Navy Reserve and served from 1952 – 1960 and was honorably discharged as a 3rd Class Petty Officer. He later went on to work for the City of Kenosha’s Water and Parks Department, where he was employed for 38 years after retiring in April 12,1993. He belonged to the Kenosha Umpire Association from 1961-1965. He played Dartball in the Kenosha Tavern league from 1965-1975. Marlin was an avid Green Bay Packer fan and enjoyed traveling and the outdoor life.

In addition to his parents and wife, Marlin is preceded in death by a son, Leonard Ruetz and siblings, Eugene, Frederick, and Dorothy.