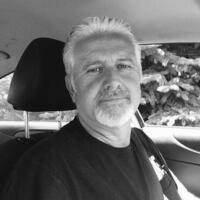 Mark was born on September 16, 1959, in IL, the son of the late Bud and Patricia (Williams) Fern. He was educated in the schools of Carol Stream, IL. Mark married Kathleen Clark on October 25, 2002, in Las Vegas, NV. He was employed as an owner for Ultimate Golf for many years. His hobbies included golfing, video poker, collecting cards and enjoyed music but most of all he loved spending time with his friends and family especially his granddaughter, Chloe.

Mark was preceded in death by his parents.

A celebration of life will be held  this Saturday April 8th from 1-4 at Stats Sports Bar in Willowbrook Illinois (next door to Ultimate Golf).