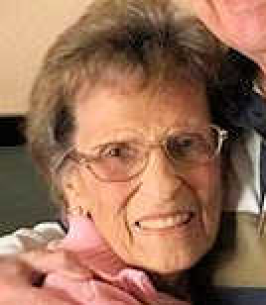 Marilyn was born May 5, 1933, to Harold and Luella (Klann) Rowe in Waukegan, Illinois. Since the age of 2, she was a member of St. Paul’s Lutheran Church of Waukegan. Marilyn graduated from Waukegan Township High School in 1950.

She married John (Jack) Kutzler on January 26, 1952, after meeting him when she and Jack stood up in a wedding at Victory Hospital, Waukegan, Illinois, for their respective friends. They celebrated their 70th wedding anniversary last January.

Marilyn retired from Victory Memorial Hospital in 1995, after working as a Unit Secretary for 13 years at St. Therese and 9 years at Victory.

When she married Jack, she quickly became an avid Cubs fan, watching innumerable games with Jack and other family members through the years. She and Jack loved playing cards, especially Hand and Foot. Along with ‘her honey,’ the very greatest loves of her life were her 10 children and over 60 grandchildren and great grandchildren. She was a blessing to many and will be greatly missed.

Marilyn was preceded in death by her parents, her son Jeff, her brother Richard, granddaughter Summer Thomas, and daughter-in-law Carrie.

Visitation for Marilyn will be held on Thursday, July 28, 2022, at St. Paul’s Lutheran Church, 824 N. Lewis Avenue in Waukegan beginning at 11 a.m., followed by services at noon. Interment will be private. In lieu of flowers, memorial donations to St. Jude Children’s Research Hospital would be appreciated by her family.