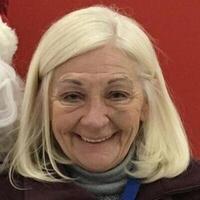 Lynn was born on December 19, 1953 in Waukegan, IL, the daughter of the late Henry (commonly know as Lefty) and Alice (Kearns) Altergott of Arlington Heights, IL. After graduating from Hersey High School, she entered the workforce. Lynn married George Arf on March 10, 1991, in Cook County, IL, and again on April 10, 1991, in Lake County, IL. They operated Totally BMX in Mundelein, IL, a skateboard and bicycle shop until it closed. She then utilized her artistic skills as a self-employed woodworker focusing on wood burning and painting shows and race cars, as well as countless wedding invitations and birth announcements. Meanwhile, she assisted in operating Wauconda American Legion Post 911 with their craft shows while also becoming deeply involved in the Kids Club program at her church, Joy Lutheran of Gurnee, IL. Her hobbies and other interests included working on cars, baking, spending quality time with her Akitas, friends, and family.

Lynn was preceded in death by her parents and brother, Henry.