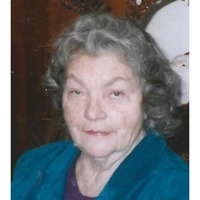 She was born o August 31, 1925 to the late Louis and Genevieve (Hunter) Klein in Kenosha.  She was educated in the schools of Kenosha and graduated from Mary D. Bradford High School then attended Gateway.

Louise worked in the office at Line & Healy in Chicago and was a secretary at Great Lakes Naval Base.

Louise was a member at St. Mary’s Lutheran Church.

Louise was a runner up for Miss Kenosha.

She is preceded in death by her sisters Frances Robleski and Rosemary Blazavier and her brother Albert Klein.

Funeral Services for Louise will be held on Thursday, August 4th at 2:00 p.m. at the Bruch Funeral Home.  Visitation will be held on Thursday from 12:00 p.m. (Noon) until the time of service.  Interment will take place at Southern Wisconsin Veteran Memorial Cemetery at a later date.  The family would like to thank Hospice Alliance and all her caregivers over the years, especially Mary Kay and Kim for their compassionate end of life care given to Louise