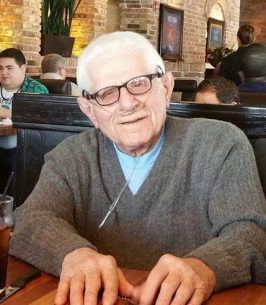 Louis P. Cenni, 94, of Pleasant Prairie, WI, passed away peacefully on Wednesday, March 30, 2022, at The Legacy at St. Joseph’s surrounded by his loving family.

Born in Santa Fiora, Italy, on December 27, 1927, he was the son of the late Antillio and Setembria Cenni. His family moved to the United States when he was 9 months old.

On May 30, 1953, he married Ida Covelli in Winthrop Harbor, IL. They moved to Winthrop Habor the same year, then to the Kenosha area in 1993.

Louis worked as a tile installer for his son, at Cenni Tile until his retirement.

He was preceded in death by his parents, and his brother, Fred Cenni.

A Mass of Christian Burial will be celebrated on Wednesday, April 6, 2022, at St. Therese Catholic Church 11:00 a.m. Full Military Honors will follow. A visitation will be held on Wednesday, at the church from 10:00 a.m. until the time of Mass. Interment will be private. In lieu of flowers, memorials to The Legacy at St. Joseph’s would be appreciated by the family.