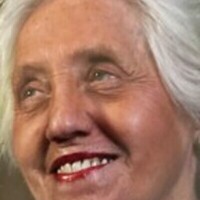 Lorraine Turner, 96, of Kenosha passed away on August 5, 2021, at her home following a brief hospital stay.

Lorraine was born on June 1, 1925, in Kenosha, the daughter of the late Otto and Anna (Kasberg) Nelson.  Lorraine was educated in the schools of Kenosha.  Lorraine married Richard G. Flatley in Kenosha on July 27, 1944, who later passed away in 1975.  She then later married Glen A. Turner in Kenosha on October 11, 1976, who passed away in 2000.  She was self-employed as co-owner of Flatley’s Sausage Shop and also created food items for Dick Flatley’s Irish Pub for many years. She Also worked as a Deli Manager for Kohls Food Stores besides raising her 4 children.  Her hobbies included planting flowers, cooking & having cocktail parties, but most of all she enjoyed spending time with her friends and family especially her grandchildren.

Besides her father, mother, and 2 husbands, she was preceded in death by her 2 sisters Marion Yordi and Edna Mescher. Her nephew Dwight Mescher. Her daughter in law Joyce Flatley. And Her loving grandson Sean Flatley.

A private burial & celebration of life will be held at a later date.